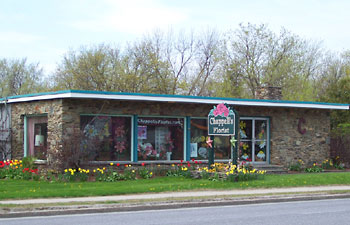 From ethereal and organic styles, to bold, lavish bouquets, our signature styles combine technique, texture, movement and balance with a focus of assuring freshness and longevity with natural components.

Login to check your balance or redeem rewards

There is probably no flower more iconic than the rose. Roses are so iconic, in fact, that they inspired one of the most cliched idioms in the world: “stop and smell the roses.” There’s a reason why that’s such a popular saying (aside from being solid practical advice). The beauty of the rose is truly something to behold. Ralph Waldo Emerson said, “There is simply the rose; it is perfect in every moment of its existence.” The red rose has become a symbol for love, while roses of other colors have come to represent all sorts of emotions and occasions (but we’ll talk more about that soon).

Whatever the color, roses endure as a source of beauty. But why the rose? After all, who will deny the dappled grace of lilies or the refined charm of orchid plants? When it comes to fresh flowers, there is simply no shortage of beautiful options. Flowers are one of nature’s finest art projects, and roses are just one brush stroke among many. So, how have they become so iconic?

That is exactly what we’ll be looking at in today’s blog. Join Chappell’s Florist as we travel from the rose’s evolutionary origins all the way to modern times where the rose became a symbol of everlasting romance. And be sure to stop by Chappell’s Florist in Burlington to smell the roses, or browse online through our huge selection of fresh flowers. We look forward to seeing you!

In a previous blog, we discussed the evolutionary origins of flowers in general. We looked at how bees were responsible for driving the diversity and beauty of flowers. Flowers started their evolutionary journey around 240 million years ago. Fun fact: we thought that flowers came on the scene just 150 million years ago until fossil evidence from 2013 pushed that date back by 100 million years! So, flowers appear in the fossil record nearly a quarter of a billion years ago. How about the rose? Well, the rose is just a baby compared to its floral ancestors!

The earliest evidence we have of roses comes from just 35 millions years ago! Of course, that is just a fraction of the entire history of flowers, but it’s still very, very ancient compared to humans. For perspective, modern humans have been roaming around this planet for around 300,000 years — just one tenth as long as roses.

Those early ancestors of roses have continued to flourish, largely thanks to human cultivators. As we will see, roses became quite the hot commodity, which fueled their cultivation and diversity. Today, the genus Rosa has some 150 species spread throughout the Northern Hemisphere, from Alaska to Mexico and including northern Africa.

The Rise of the Rose

The popularity of the rose didn’t always lead to beauty and romance. Game of Thrones fans might be interested in learning that the story was largely inspired by a 30-year civil war in the late middle ages known at “the War of the Roses.” It was called this because the warring factions each had roses as symbols on their badges (though the name didn’t become popular until several centuries later).

Gruesome history aside, roses became extremely popular over the next couple centuries. In fact, roses were in such high demand during the 17th century that royalty considered roses or rose water as legal tender, and they were often used as barter and for payments. As popular as roses are today, they don’t quite reach the same significance as money in our culture. This popularity continued unabated, as cultivated roses were introduced into Europe from China. The roses from this era in the 18th century are the direct ancestors of most incarnations of modern day roses.

A Rose by Any Other Name

You might recognize this quote from Shakespeare’s Romeo & Juliet: “A rose by any other name would smell as sweet.” This quote is meant to convey that beauty and love transcends labels, history, and family. Ironically, most species of the modern rose have had their fragrance muted in favor of color and shape. When Shakespeare wrote that line, roses would have had a much stronger fragrance, but a less vibrant color and less intricate shape.

This modern rose, even if the fragrance is relatively muted, comes in a stunning variety of colors. As we mentioned above, each of these colors carries with it a unique significance and symbolism. For instance, here in the U.S., roses might mean:

There are, of course, many other variations of roses, and their meaning is not set in stone. You can make fresh flowers mean whatever you want them to mean to you. Or go with a variety of rose colors by getting our bouquet of a dozen brightly colored roses (which just so happens to be on special right now!).

The rose has been around for a very long time. It has blossomed into all sorts of varieties, many of which have been cultivated by humans over centuries of time. Today, the rose is perhaps the most iconic flower on earth. It’s rich with symbolism and remains a stand-in for love and romance. It has come a long way since its humble origins 35 million years ago. From symbols of war, to legal tender, to a boutonnière on the lapel of a man in love, the rose has had quite the journey.

Whether you’re looking for a half dozen red roses or three dozen, Chappell’s Florist in Burlington has the fresh flowers for you. We hope that this has made you excited to express yourself with the exquisite and enduring beauty of a rose. They make for lovely decorations, and, of course, they are always appreciated as gifts. Shop our selection of fresh flowers today!